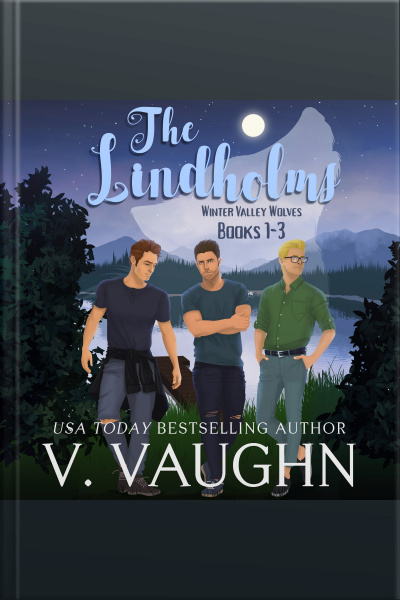 Never Say Werewolf Again - Katie Winslow made a life-altering decision the night of senior prom. But once she realized what she had become, Katie wanted nothing to do with her new state. Running off to college seemed like a good idea until mating season hit. Now the fever to reproduce is so great she can’t think straight. She needs Brindle Lindholm, her true mate who is the only one who can satiate the need. But while their coupling satisfies more than sexual need it changes their future, forever.

License to Werewolf - Devon Reilly had a plan – run a successful hair salon and make enough money to move to Paris to find love. When Bosun Lindholm crashes into her she finds a man that turns her world upside down within days. Suddenly the need to leave Winter Valley disappears as she falls for someone close to home. But Bosun’s more than just a sexy auto-mechanic, and the truth he reveals spins her out of control.

From Werewolf With Love - Raven Lynch left Winter Valley prepared to make it big on Wall Street. But five years later she’s returned for a high school reunion and nothing more than waitress change in her pocket. When she stumbles into Berch Lindholm her future brightens. The boy she’s always loved has turned into a man that makes her her heart flip, and he’s doing more than pulling her pigtails in return. Maybe coming home isn’t such a bad option after all. Until fate steps in with other ideas.