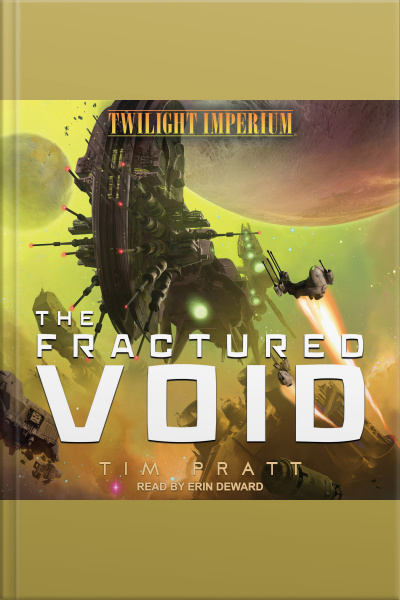 A brave starship crew are drawn into the schemes of interplanetary powers competing for galactic domination, in this epic space opera from the bestselling strategic boardgame, Twilight Imperium

Captain Felix Duval and the crew of the Temerarious quietly patrol a remote Mentak Coalition colony system where nothing ever happens. But when they answer a distress call from a moon under attack, that peaceful existence is torn apart. They rescue a scientist, Thales, who's developing revolutionary technology to create new wormholes. He just needs a few things to make it fully operational . . . and now, ordered to aid the scientist, the Temerarious is targeted by two rival black-ops teams intent on reacquiring Thales. Can Felix trust Thales? Or is this a conspiracy to tip the balance of power in the galaxy forever?