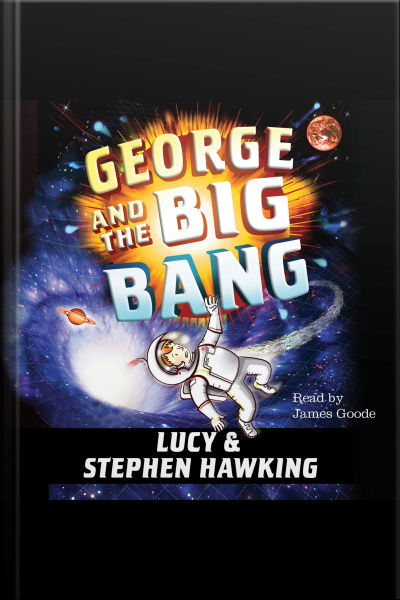 George And The Big Bang

Explore how the universe began—and thwart evil along the way—in this cosmic adventure from Stephen and Lucy Hawking that includes a graphic novel.

George has problems. He has twin baby sisters at home who demand his parents’ attention. His beloved pig Freddy has been exiled to a farm, where he’s miserable. And worst of all, his best friend, Annie, has made a new friend whom she seems to like more than George. So George jumps at the chance to help Eric with his plans to run a big experiment in Switzerland that seeks to explore the earliest moment of the universe. But there is a conspiracy afoot, and a group of evildoers is planning to sabotage the experiment. Can George repair his friendship with Annie and piece together the clues before Eric’s experiment is destroyed forever?

This engaging adventure features essays by Professor Stephen Hawking and other eminent physicists about the origins of the universe and ends with a twenty-page graphic novel that explains how the Big Bang happened—in reverse!