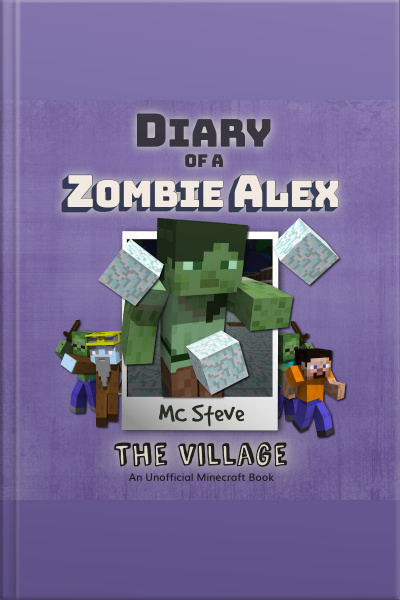 Everyone needs a place to live, even zombies….
Half human half zombie Alex is on another adventure – after defeating an evil wizard and putting Antonio’s dreams on hold, this time her goal is to return to her village and get things back into working order. Alex comes upon her old village and is surprised to meet a child – a half human half zombie child named Leona who reminds her of herself.After taking Leona under her wing,
Alex discovers Steve working to rebuild the village they both grew up in too. Everything seems to be going well, but Alex still is half zombie, and Steve is too. Then, mischief ensues when zombies strike. Again. Will Alex and Steve be able to defeat the zombies once and for all?
Can they keep Leona safe? Will they ever be full blooded humans? Time will tell when you listen to “The Village”The Village is an endearing audiobook that will have the whole family entertained if they listen together. Perfect for your little Minecraft fan.