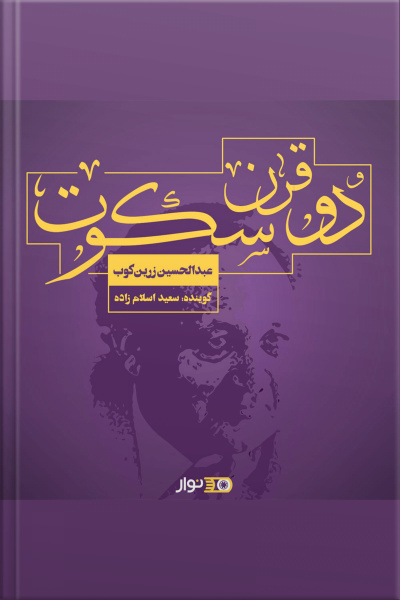 Two Centuries of Silence is a book written by Abdolhossein Zarrinkoub, a prominent scholar of Iranian culture, history and literature. The work is a historical account of the events and circumstances of the first two centuries of Islam in Iran) following the Arab conquest of Iran in the 7th century AD until the rise of the Tahirid Dynasty, a dynasty of Iranian origin.

Zarrinkoub presents a lengthy discussion on the large flux and influence of the Arabs on the literature, language, culture and society of Iran during the two centuries following the Islamic conquest of Iran. Zarrinkoub discusses how the Arab/Islamic conquest was followed by almost "two centuries of silence" socially, culturally and politically by native Iranians.

In the preface to the second edition of his book, in 1957, Zarinkoub writes, “I picked up my pen and crossed out what was dubious, dark, and incorrect in the first edition. Many such instances were occasions that in the past―either due to immaturity or by prejudice―I had been unable to rightly acknowledge the faults, iniquities, and defeats of Iran." "Now, did I do my duty properly in this revision? I do not know, and I am still of the opinion that the moment a history writer chooses a topic, he has strayed from neutrality."